The Post-Chronicle, a suppliment to the New Haven Register has published an article about Marie’s upcoming performance at Ireland’s Great Hunger Museum – find out more below, or see Marie’s Gigs page! 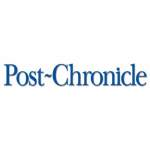 HAMDEN – Marie Reilly, a premier Irish fiddler who recently released her new album “The Anvil,” will perform at Ireland’s Great Hunger Museum at Quinnipiac University, 3011 Whitney Ave., Thursday, Jan. 24, from 5:30 to 6:30 p.m. This event is free and open to the public.

Reilly, who is from County Longford, performs with a unique and distinctive Leitrim fiddle style passed down through eight generations. She was born into a family steeped in Irish traditional music; her grandfather, father and uncles were all distinctive fiddle players.

“The Anvil,” which is dedicated to Reilly’s father, Michael Reilly of Drumreilly County Leitrim, is a collection of some of the rarest and most delightful tunes of South Leitrim and Longford, a region with a distinctive fiddling tradition. Marie Reilly learned to play many of the tunes from her father, a fiddling blacksmith, hence the CD’s title.

During her career, Reilly has competed in and won numerous championship competitions at Fleadh Cheoil na hÉireann, which is Ireland’s premier music competition, Fleadh Great Britain and a myriad of festivals throughout Ireland, England, Scotland and the United States. She has appeared on national television in Ireland, performed in concert at the Department of Foreign Affairs and Trade in Dublin, Glucksman Ireland House at New York University, the Lincoln Center’s OurLand Festival, New York, the Irish Repertory Theatre, New York, the Edgerton Center for the Performing Arts at Sacred Heart University and the Cell Theatre, New York.

Reilly studied classical music and graduated with first-class honors from the Royal Irish Academy of Music in Dublin. While living in England, she taught music in Birmingham and London. Along with teaching, she was a leading member of the folk group, ‘The Battering Ram.’

The collection focuses on the famine years from 1845-52, when blight destroyed virtually all of Ireland’s potato crops for consecutive years. The crop destruction, coupled with British governmental indifference to the plight of the Irish, who at the time were part of the United Kingdom, resulted in the deaths of more than 1 million Irish men, women and children and the emigration of more than 2 million to nations around the world. This tragedy occurred even though there was more than adequate food in the country to feed its starving populace. Exports of food and livestock from Ireland actually increased during the years of the Great Hunger.

Read the original article at ctPostChronicle.com